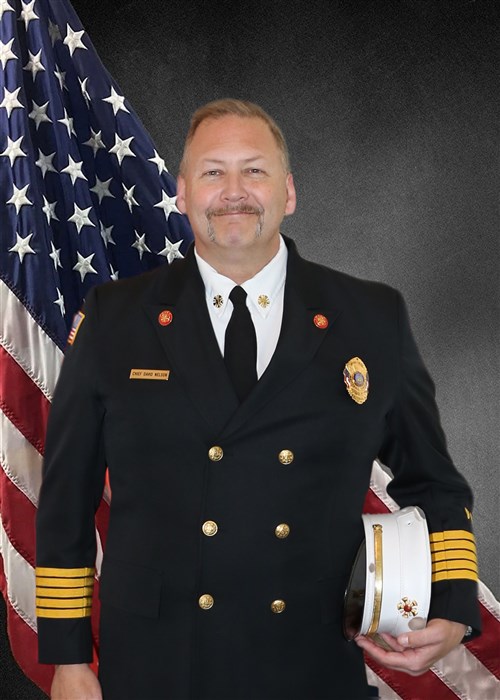 Chief Nelson started his fire service in 1987 in Crescent, Ia. volunteer fd working his way to Rescue Captain.  Then moving to Gretna, Ne. as the vice president and a firefighter with Gretna, fd.  Chief Nelson joined the U.S. Army and was stationed with the 101st. Airborne as a heavy weapons squad leader.  Where he was awarded the Army Commendation medal for stabilizing a fellow soldier having a medical problem.

After leaving the military Chief Nelson worked as a Firefighter/ Paramedic until being promoted to Lieutenant for Horry County Fire Rescue a metropolitan size department located in Myrtle Beach, SC.  After spending 11 years with HCFR, Chief Nelson took the position as Director of Emergency Services for Emmaus, Pa. Chief Nelson then took the job as Fire Chief for Whitehall Township, Pa. where he has been since 2016.

Chief Nelson has been a member of the IAFC since 2016 where he is a member of the Eastern division, VCOS as well as the EFO.  Some additional service he is involved in are the Pennsylvania Career Fire Chiefs Association where he currently serves as the secretary. The Lehigh County Fire Chiefs Association where he is a director on the board there.   Chief Nelson is an advocate for the promotion of the fire service in the state.  Chief Nelson is working toward completing his bachelor’s degree in Fire Management and then obtaining his CFO and EFO.